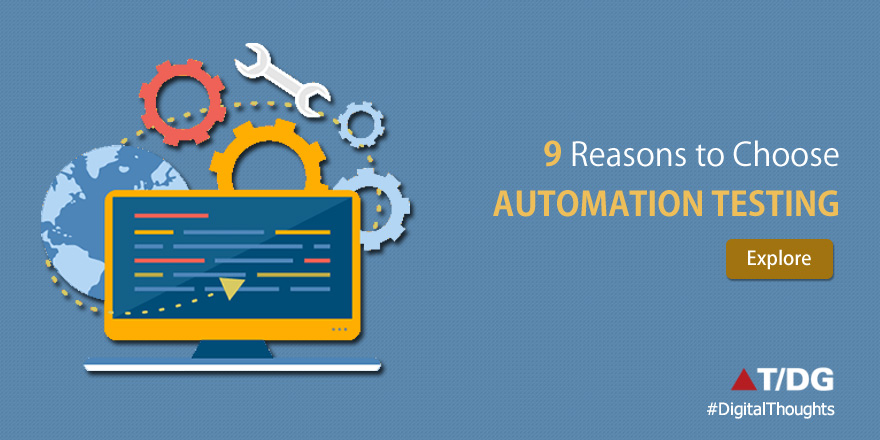 Software testing can get monotonous at times, what with the testers required to perform the same set of steps over and over again. In such a scenario, there is a possibility of errors by even the most diligent testers (they are human after all!) Automation testing performs test steps precisely every time with no scope for errors and hence, is more reliable than manual testing for certain test cases. What’s more, automation testing tools record execution of test cases for further review.

3. Reusability and Repeatability of Test Scripts

The fact that automation testing software is reusable makes it a rewarding investment, as the same testing tool can be used to test different versions of the software and can be upgraded as and when required to incorporate addition of new features and discovery of new bugs.

Software testing can get repetitive and an automation testing tool can easily take care of the repetitive steps and at the same time eliminate the risk of human errors.

Test coverage is one area where automation testing wins hands down, making it possible for execution of more number of tests for a particular software to improve the test coverage. With manual testing, this would require a huge team of resources working on it for enormous amount of time, which makes it quite impractical. However, the higher test coverage that can be achieved with automation testing leads to detailed testing with more depth and scope, which in turn adds to the quality of the product.

Also, executing innumerable different complex test cases during test runs is possible only with automation testing, resulting in a level of test coverage that can seldom be achieved with manual testing.

With the amount of redundancy involved in executing the same procedures again and again for different mock user environments, GUI testing requires mammoth efforts and can get immensely time-consuming with manual testing. An aspect unique to automation testing is that it can make General User Interface (GUI) testing incredibly easy through simulation of a typical user environment using mouse clicks and key strokes.

Using automation testing to take care of the mundane and repetitive tasks can boost the morale of your testing team as it gives them the time and opportunity to improve their skill sets and work on more challenging assignments. This positive mindset helps them contribute better to the organization.

A relatively high capital investment is what makes many think twice before going ahead with automation of their software testing process. However, the high initial investment is countered by a high return on investment (ROI) and this has been proven time and again. Automating your test process makes you save on money and time, which translates to a long-term ROI.

Automation testing offers unmatched volume and simultaneity as the same test scripts with the same set of parameters can be run simultaneously on thousands of devices at the same time – a feat that’s impossible with manual testing.

Automation testing makes it possible to detect bugs during the early stages of the software life cycle. While this may seem inconsequential, it can go a long way in saving the time and costs incurred in fixing the bugs later. Whenever there is a change in the source code, the tests can be run automatically to detect any bugs and/or issues. Moreover, the simultaneous running of test cases makes it possible to generate detailed reports for easy comparison.

So, we see that automation testing contributes in many ways towards faster time to market and high quality of your software product.

Learn more about how we can help you experience the many benefits of test automation with QARA Test, our Automation Testing tool for complete test management.

To schedule a meeting or for more information, please write to us at info@qaratest.com.