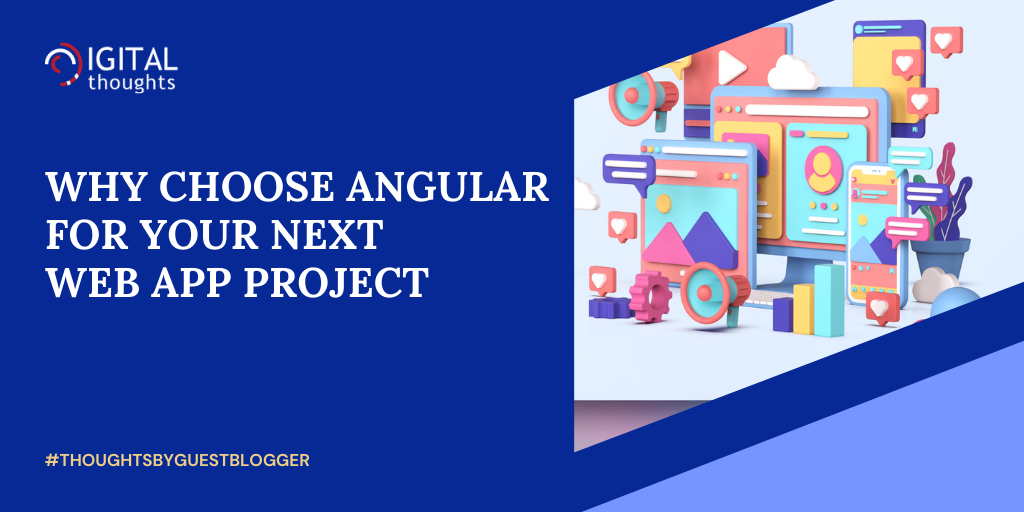 Angular is among the most popular web development languages in the world today. Thanks to the efforts put by Google, this JavaScript framework has proven to be a game-changer in the world of web development. Today, we will look at ten reasons that will help you choose angular for your next web app project.

Today, every client needs their web application to be built rapidly. That is the reason for so much popularity of Angular framework. With the help of the widespread MVC architecture, developing an Angular framework project is super easy, and work gets done rapidly.

Two-way data binding ensures that every change in the data is reflected in the backend/frontend in real-time. This makes it easy to develop data-driven web applications that rely highly on data availability.

Angular is a framework that is built to reduce the effort of developers. Often developers can reuse parts of code in different modules, allowing them more time to work on critical aspects and reduce overall efforts in AngularJS Web App Development.

We all know that testing is an integral part of developing and shipping software. With the inbuilt support of testing frameworks like Karma.js and Protractor, testing and debugging Angular web applications is as easy as it can be. To make sure your software works as intended, you should always test them before publishing them.

Angular framework has inbuilt filters, and you can also create your own filters in it. Using filters, developers can get many critical tasks done effortlessly. Filters are essential when creating data-intensive applications; they help you efficiently present large datasets in a formidable way.

Google developed and published Angular for the first time. Since then, the framework has revolutionized how web application development works. Google continuously improves the working of Angular and is currently providing long-term support on the latest version.

Developing User Interfaces with Angular framework is easy as it uses HTML. Some other frameworks use JavaScript and the likes to build the UI. As we all know, HTML is a more straightforward language to develop UI for anything on the web. Hence, creating UI with Angular is greatly simplified.

Angular comes with a prepacked CLI. This CLI is aimed to reduce efforts in developing and maintaining any Angular application. Using the CLI, a developer can do anything that comes under the Angular framework. Efforts in creating reusable components and modules have been reduced dramatically due to the use of Angular CLI.

When developing any web application, often we get stuck on some problem and need external help. With Angular, getting help is very easy. Angular has a great community of developers that are always ready to help each other. Moreover, online forums report that people usually get their Angular web application doubts solved in less time than other languages.