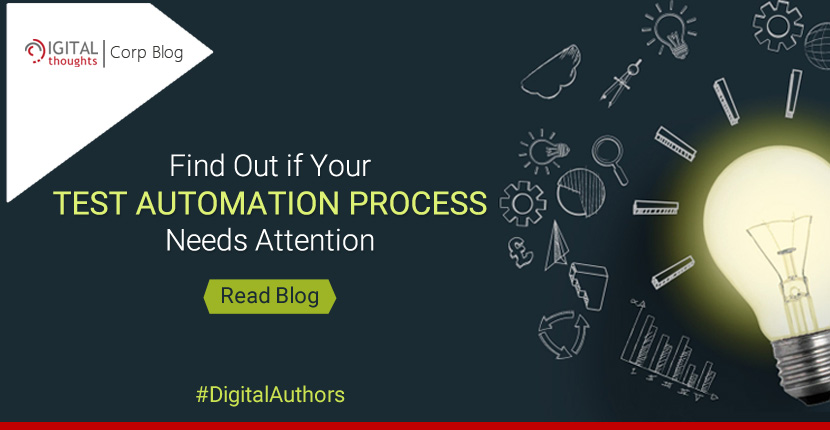 Test automation has revolutionized the way we look at software testing today, with QA teams switching to automation to increase test coverage, improve productivity, and conduct more testing in less time. Automation testing has several benefits which has led to more and more testing teams switching from manual to automation testing. For this, you have quite a handful of advanced automation testing tools available in the market today. QARA Enterprise is one such tool which is developed by The Digital Group. If you look at it closely, you’ll see that there are several features that a new age automation tool offers, including complete test management and integration with other popular platforms including Jira.
However, while choosing the right tool is the first step towards implementation of automation testing, the approach to testing also has a key role to play in making the test automation process a success. But how does one realize if they are on the right track when it comes to their approach to test automation? Well, in this blog we shall learn about 4 major signs to look for as they indicate that all’s not well with your software testing process. If you see any of these red flags, you should know that it’s time to take another approach to testing. So, here we go…
1] Issues Appear in Test Executions
When you find issues in test case executions, it is definitely a red flag you shouldn’t ignore. This is a very common problem because very often QA teams face issues with execution once they start automating their test cases. The graphical test reports can help detect issues in test execution. One such report is shown below.

The two common issues under this category are as follows:
•    One of the issues they face is the simultaneous usage, which means more than one person executing the same test case simultaneously. If this is something you often face, it’s time to take a more systematic approach to schedule your test case executions.

•    Another issue QA teams face during execution is the inability to support multiple issues at the same time. This arises due to the need to execute tests faster for a faster time to market. In such a scenario, the team needs to plan the executions meticulously in order to ensure proper distribution.
2] Problems Crop Up in Your Device Lab
Are you facing issues with your device lab? Then this should be another cause for concern. The device lab allows you to test across multiple versions of devices and platforms. 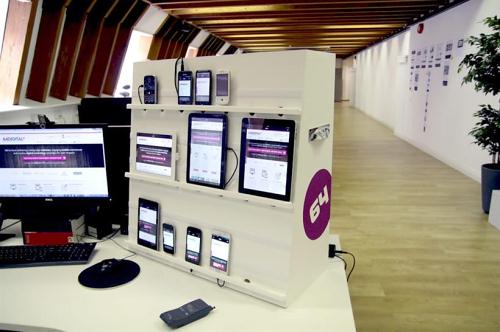 Source: https://bit.ly/2NYUMH5
When there are issues in it, it can seriously impact your team’s ability to ensure your software’s compatibility across devices. The following are some issues that might crop up with your device lab:
•    There might be disruptions in the network connection to which the device lab is connected. This can delay or even halt the test execution process. Hence, you should make it a point to address network issues through periodic maintenance.

•    The stability of the multiple devices housed by the device lab can also be a concern, due to the frequent updates to the apps and software that are installed in each of the devices. To ensure that the devices are all stable, you should conduct checks at regular intervals.
3] Random Issues in Test Scripts and Frameworks
The third point where you might come across with an issue are the test scripts and frameworks. The image below shows a section of a test framework.

When we spoke to testing experts, we got to know that issues in test scripts and frameworks are the most frequent ones that teams encounter. Some of the common issues in this domain include the following:
•    Object identification is one of the primary issues faced by teams, and it happens when teams are not informed enough to identify and define the objects correctly. When defining objects, it’s important to ensure there are no multiple objects with the same IDs, as this can cause problems in automation.

•    Changes made in the test scripts without the changes being properly communicated is another issue that might crop up and this possibility of confusion can only be tackled with proper communication.
4] There are Issues Lurking in the Backend
Last but not the least are backend issues, and they also contribute to a significant share of the issues faced by QA teams. The following is a diagram representing backend testing.

Source: https://bit.ly/2JLHWXu
Here are some issues that might crop up in the backend:
•    Network issues are one of the most common reasons why the backend process can be disrupted. To counter this, it is essential to invest in stable network connections.

•    Access to the right set of data is also an issue that developers might face, and if they end up working with the wrong data, the results can be severely affected. The solution lies in updating the data model periodically to ensure the data is updated.
Conclusion:
So, that was about the most common challenges to look out for. Is your team currently facing any of these challenges? If yes, then there’s no need to panic. All you need to do is make efforts to identify the cause behind the issue and take immediate steps to make the necessary changes so that your testing process is back on track.