Understanding Cyclomatic Complexity and its Importance in Code Analysis Metrics 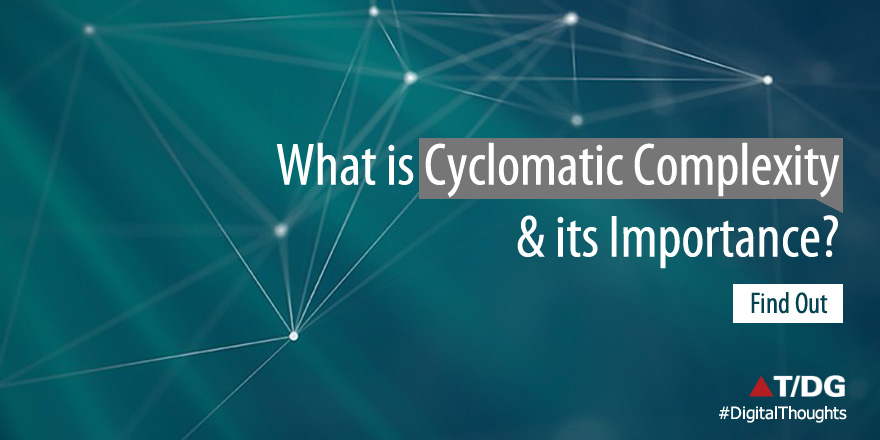 Let’s see some examples of how cyclomatic complexity is being calculated: 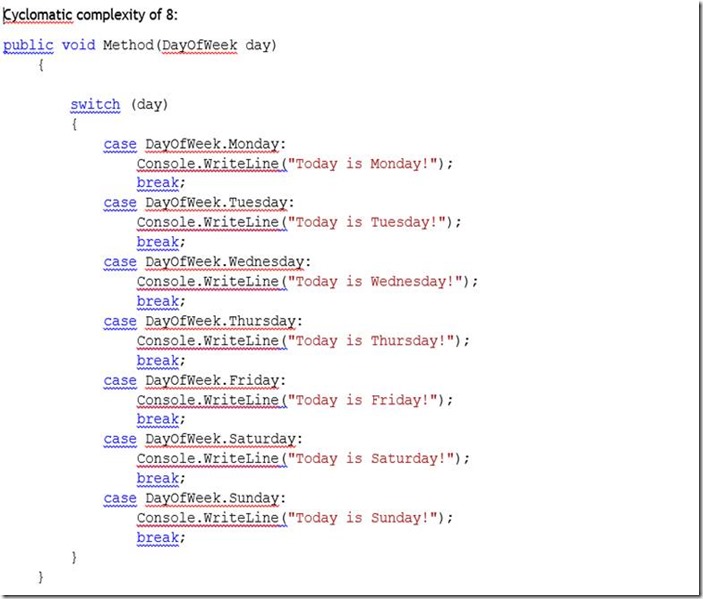 Clicking on either of the options would open up Code Metrics Results window that would show all the Analysis details. Result window contains analysis results in terms of Maintainability Index, Cyclomatic Complexity, Depth of Inheritance, Class coupling and Lines of code.

A good maintainable code would have code complexity less than 10 points. If any of your method is having more than 10 points, then it’s surely a candidate for refactoring. Remember, the lesser is the number the better it is maintainable. The main objective of understanding cyclomatic complexity to avoid excessive code complexity source code, so that it clean and maintainable.

Let’s see some ways by which we can reduce the cyclomatic complexity:

2. Refactoring: refactoring is helpful in dealing with very high cyclomatic complexity of source code. The higher the number, the more it needs refactoring. Every developer should try refactoring bigger methods into smaller methods to reduce the code complexity. Use the single responsibility principle to break bigger classes into smaller ones thus reducing dependency on single class doing multiple functions.

3. Remove unnecessary/redundant else conditions: if the if. Else block are doing some logic or returning something based on some condition, then its better to have just one single if statement, instead of if..else block. Remember that even the else in this case would be redundant. See following example:

4. Combine conditions to reduce cyclomatic complexity: often the simple code would have some complexity, due to conditional statements, but rewriting those with simple LINQ conditions would reduce the count:

One word of caution is to be careful with such linq queries. If you think the query can get more complex, then it won’t serve the purpose, in that case it would be better to live with complexity of 2, rather than 1.

We want to keep the code readable as well as simple. So make sure your LINQ queries are not exploited in near future.

One good advice I would always give to developers is to use Strategy pattern, rather than switch…case statements. Remember that using a strategy pattern is a replacement to your switch..case statement. Having said that, please ensure NOT to enforce strategy for smaller switch cases, if the switch cases are going to be extended over the period of time, then surely it’s a candidate for strategy, otherwise, its won’t make much sense. So we have seen how important is cyclomatic and why it was included in the visual studio code analysis toolset. Since it’s already available in visual studio, all the developers, leads and managers should take use of this to analyze code metrics and adhere to some numbers, which they feel would keep the code quality better.