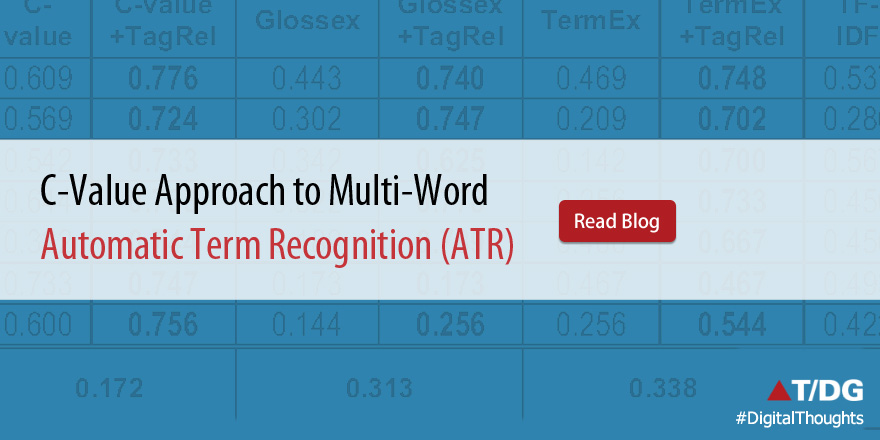 C-value is a domain-independent method for multi-word ATR which aims to increase the extraction of nested terms. It aims to get more accurate terms, especially those nested terms, such as ”MUTUAL INFORMATION” nested in longer term ”MUTUAL INFORMATION FEATURE EXTRACTION CRITERIA”. The C-value approach combines linguistic and statistical information.

a is the candidate string,

f (.) is its frequency of occurrence in the corpus,

The algorithm
Step 1: The corpus is tagged, since we need to filter the desired type of terms.
Step 2: We extract those terms which satisfy the linguistic filters and frequency
threshold
Step 3: We calculate the C-value for each of the candidate term at this stage. Since we read input text sentence by sentence, we can extract terms in the input sentence, record the frequency of occurrence, count t(a) (the number of being nested) and c(a) (the number of longer terms), and then store them in memory for later use.

Calculation of c(a) and t(a)