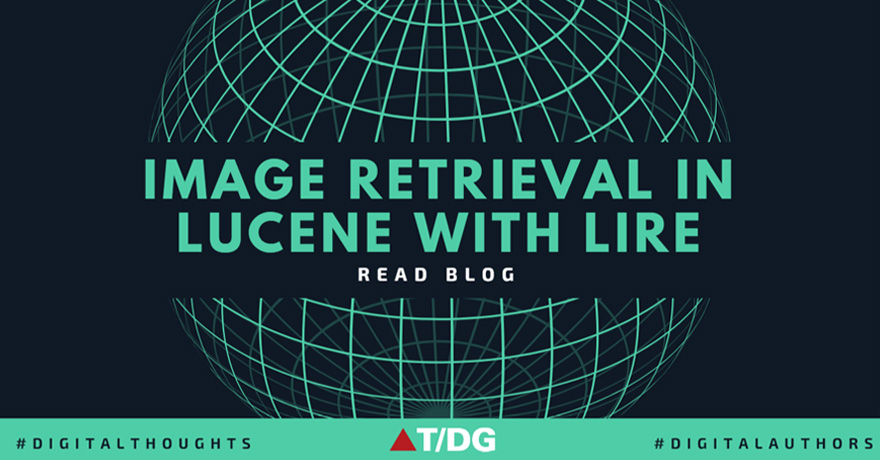 LIRE is a Java library that provides a simple way to retrieve images based on their colours and texture features. LIRE creates a Lucene index of image features for content based image retrieval (CBIR). Due to its modular nature it can be used on process level (e.g. index images and search) as well as on image feature level. Developers and researchers can easily extend and modify LIRE to adapt it to their needs.

4. Visual words based on Scale-invariant feature transform(SIFT) and Speeded up robust  features (SURF)

5. Approximate fast search based on hashing and metric indexing.

METHODICAL DETAILS
LIRE is built on top of the open source text search engine Lucene, hosted at http://lucene.apache.org. Like in text retrieval images have to be indexed for later retrieval.
The index is prepared as a Lucene index, where documents consisting of fields each having a name and a value are organized in an index structure typically stored in the file system.

Internal working of LIRE:
In general LIRE takes numeric images descriptors, which are mainly vectors or sets of vectors, and stores them inside a Lucene index as text along with the image path within a Lucene document. So it’s like a very primitive database.
Example: Assuming that an image has a dominant colour the RGB values of the dominant colour are stored in Lucene. The index for 3 photos might look like this:

An IndexSearcher in case of a search opens every single document within the index, parses the vector and compares it to the query vector (e.g. with an L1 distance). The best matching documents are stored in a result vector along with the distance.

Basic search implementations use linear search to find the most promising n candidates and return them in a ranked list.

LIRE permits to create a ranked list of results based on some similarity metric along with a low level image feature. But, sometimes need a filtering or re-ranking process to take place later.

1) Indexing: Lire supports creation of a bag of visual words index and search within. You need to index documents the traditional way first and you have to take care of creating the right local features. This basically means that you’ll need to use the SurfDocumentBuilder to get the local features for later Bag of Visual Words indexing based on SURF features

This approach has been designed for big data sets. Therefore the implementation will not work properly with small data sets and usage will lead to errors and warnings.

2) Searching: The approach implemented in LIRE is the metric spaces method. It utilizes inverted lists to describe data points in feature spaces by their distance to a set of reference data points. Utilizing a ranked list of nearest neighbour’s the foot-rule distance provides an approximation of the original pair wise distance. This approach has been shown to work well on sets of millions of images.

3) Incremental Update: Let’s assume you have already indexed additional documents with the SurfDocumentBuilder, so they are in the index, but do not have visual words attached yet, then it can be achieved by using:

The constructor parameters do not matter in this case as they are read from disk in the course of the indexMissing method.

LIRE GUI
It provides a simple GUI interface for 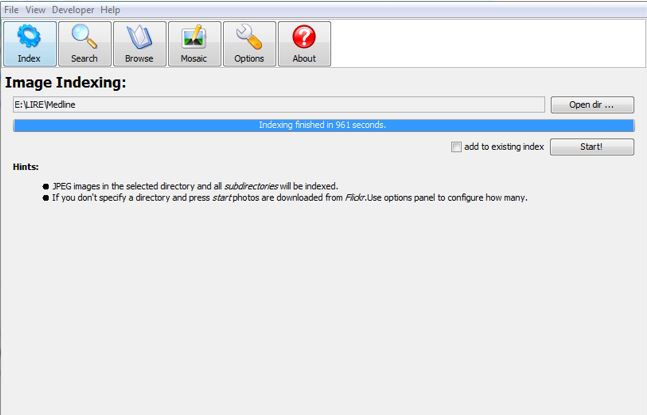 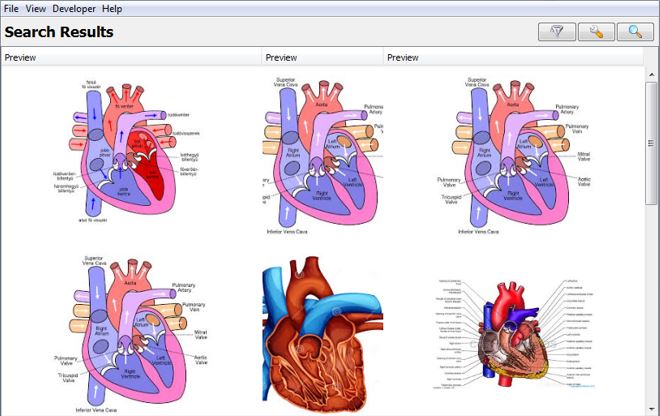 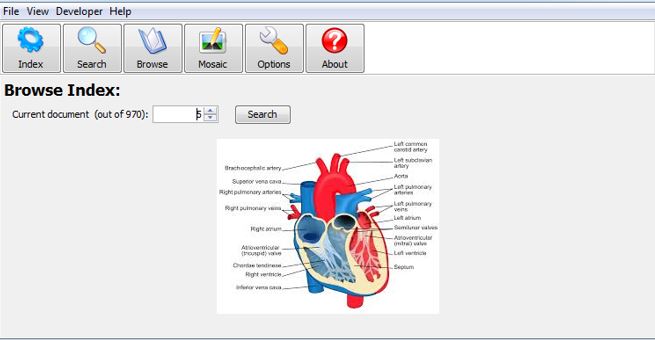 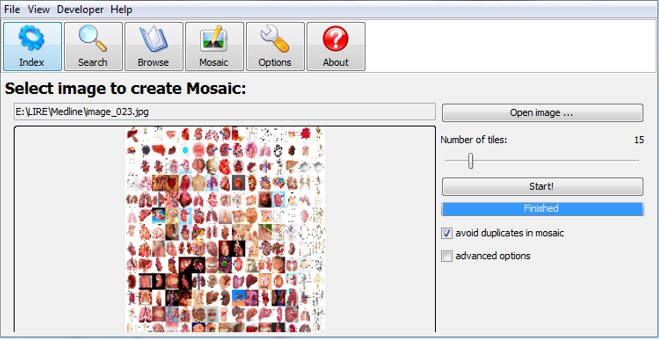 For testing runtime performance of indexing 1,000 images is feed to LireDemo. Indexing completed in 961 seconds.

System configuration: All test have been done on a desktop computer with an Intel Core i3 CPU with 2.4 GHz and 8 GB RAM running on 64 bit operating system (Windows 7)  having Java 1.6 installed. The test was done in a single thread with Java client.