Testing for Next Gen Interfaces 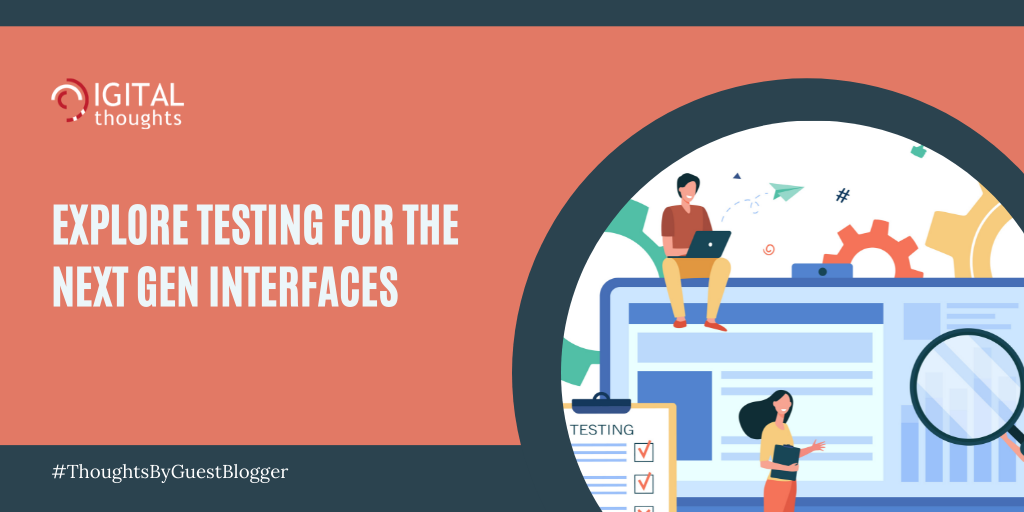 It is a hyperconnected world that we live in; the fundamentals of business have changed. This new world of connectivity, digitalization and next generation interfaces, challenges the norms of conventional software testing.

The world of Siri and Alexa, wearable tech, Augmented Reality and Voice User Interface relies on multiple touchpoints and their ability for seamless interaction. These interfaces need to support uninterrupted handoffs among various interaction points at the same time providing relevant and context-based information instantly. This requires an unprecedented pairing of hardware to intelligent software – that is location intelligence, Bluetooth, biometrics etc.

What then must you do?

There isn’t an one-size fits all solution for mobile apps. The sheer scope and complexity of functions and features vary from – Touch ID, GPS to gyroscope. Manual testing is not enough to test some of these. Often you need to combine the new age automation platforms with manual testing to get it right. Using a mobile automation library is one way to test efficiently.

The idea behind a mobile automation library is that it can test a mobile app for several scenarios using the same package without the need for making code level changes. While you can use it as part of regular automation, it should provide flexibility and configurability.

BOT testing is where a non-deterministic component in the system makes software testing redundant. BOTs have two key parameters:

While testing for common factors like intent and response validation is being automated and tested well, it is the specific features that pose a challenge. The accuracy of the chatbot relies heavily on test coverage. Test scenarios have to be designed cleverly, often with variations of the same input. Tests also need to validate BOT’s ability in user navigation and handling errors.

A layout approach for test automation can help with some of these challenges. This means a framework layout that tests for common factors among BOTS as far as intent and response are concerned.

Thus, the testing effort is considerably reduced and you only need to build specific automation for special factors. This separate framework approach helps in the modularity and scalability of your automation efforts.

Headless test automation is a popular approach in mobile and web testing and can be leveraged here for faster testing of cross-platform BOTS. On the other hand, enterprises can test the BOT”s flow from end-to-end using the ‘imitating user actions’ approach. Select a framework that allows imitation of user actions and interaction with the BOT. Compare the responses with the desired responses and you have covered enough ground.

Whereas testing voice bots amplifies an already complex problem. Simply because of the range of factors that come in to play like accents, pronunciation, background noise, audio distance in addition to the other intent/response issues. Voice interface automation therefore requires more levels to include pre-recorded speech or a Text to Speech simulator.

Software application testing has seen much innovation and technological advancement in the recent years. Testing for next gen interfaces and emerging tech trends require mature tools and an innovative approach. Advances in AI and ML have already led to the use of intelligent test automation to solve the complex, unconventional and experimental software ecosystem.